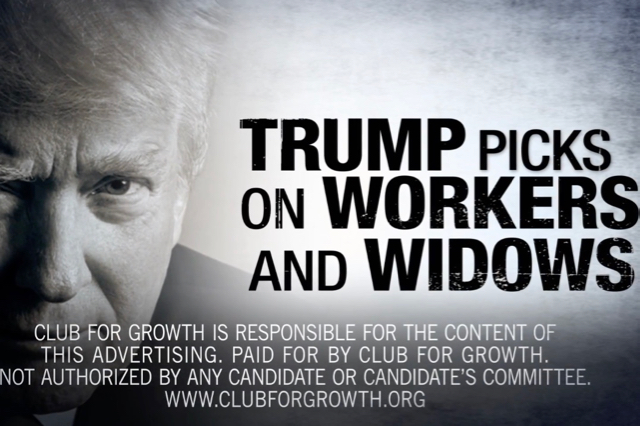 “Dark money” groups were more likely to pay for attack ads than other political organizations during the presidential primary season, a MapLight analysis has found.

The analysis of data from the Political Ad Archive, which tracked TV ads in 23 television markets in more than a dozen key primary states, offers a more detailed look at the emerging power of politically active nonprofits. The groups’ financial influence has grown since the U.S. Supreme Court’s 2010 Citizens United decision. The ruling allowed corporations and unions to spend unlimited amounts of money on political ads, as long as that spending was independent of candidates or campaigns.

Because “dark money” organizations are not required by law to disclose their donors, viewers often have no idea who is paying for the ads they see. A 2015 New York Times/CBS News poll found that 75 percent of all Americans believe such organizations should disclose the names of their political donors. Some research suggests that audiences feel more favorably about a candidate targeted by an attack ad when they know who is behind it.

Although they accounted for a small percentage of ads aired during the 2016 primary season, “dark money” groups have eclipsed super PACs as the entities most likely to use negative advertising, according to the analysis. A bare majority of super PAC-sponsored ads were negative.

The archive data show that nonprofit organizations paid for more than 4,000 airings of ads that were unambiguously negative or positive — less than 3 percent of all the spots aired in the 23 markets. Cumulatively, those airings took up about 2,100 minutes — roughly 34.5 hours, or almost a full day-and-a-half of viewing.

Super PACs, which can also accept unlimited contributions but must report them to the Federal Election Commission, paid for more than 33,000 airings of ads. More than a third of the spots that aired were negative, and many targeted Donald Trump.

Campaign committees, which must disclose donors and follow laws limiting the size of contributions, remain the largest sponsor of advertisements. Because they are so closely associated with individual candidates, they are traditionally the least likely political entities to air negative ads. In the key markets, campaign committees paid for about 100,000 airings of political ads. MapLight found that about one percent — or roughly 1,000 ads — were negative in tone.

A 30-second spot attacking the business record of Republican nominee Donald Trump was the most frequently aired negative ad sponsored by a “dark money” group. Club for Growth, a conservative 501(c)(4) organization, paid for the spot, which ran more than 500 times in the San Francisco, Orlando and Tampa-St. Petersburg markets over a two-week period in early March.

Florida media markets were especially popular for negative ads sponsored by nonprofits. The American Future Fund, a conservative-leaning organization that once had ties to the billionaire libertarian brothers Charles and David Koch, paid for almost 1,400 airings of attack ads in the central Florida markets of Orlando-Daytona Beach-Melbourne and Tampa-St. Petersburg during the primary season. Most of the ads were aimed at derailing Trump’s candidacy and focused either on the alleged victims of his “Trump University” program or his affinity for profanity.