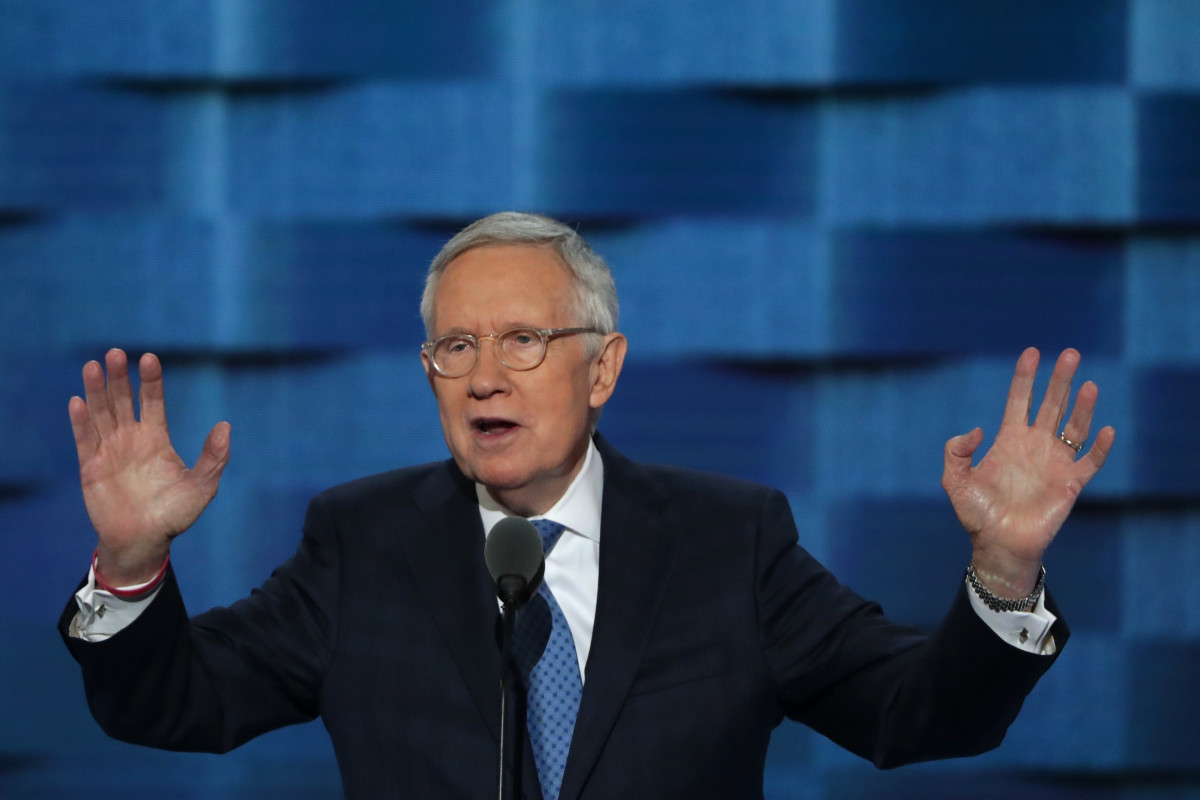 PHILADELPHIA, PA - JULY 27: U.S. Sen. Minority Leader Sen. Harry Reid (D-NV) gestures to the crowd as he delivers remarks on the third day of the Democratic National Convention at the Wells Fargo Center, July 27, 2016 in Philadelphia, Pennsylvania. Democratic presidential candidate Hillary Clinton received the number of votes needed to secure the party's nomination. An estimated 50,000 people are expected in Philadelphia, including hundreds of protesters and members of the media. The four-day Democratic National Convention kicked off July 25. (Photo by Alex Wong/Getty Images)
Nevada’s Senate race could not get much bigger. It is the only real chance Republicans have to flip a Democratic seat. The outcome could seal control of the Senate.
more news coverage