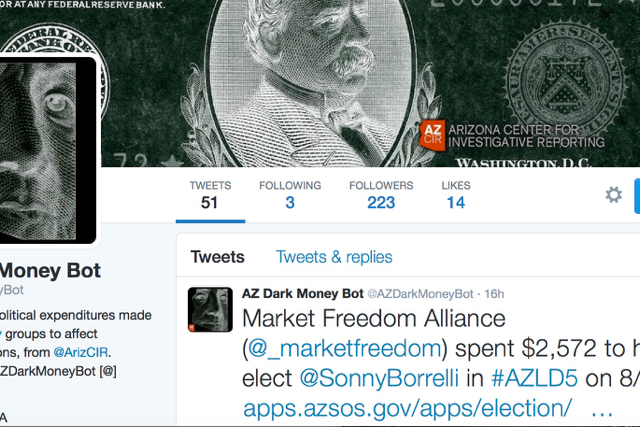 Earlier this year, Gov. Doug Ducey signed a bill into law that loosens regulations on anonymous campaign donations, or so-called dark money. Proponents called it an extension of free speech, but many others are concerned about how it could affect the political landscape. Now, the Arizona Center for Investigative Reporting has created a new tool that will monitor dark money filings with the Secretary of State’s Office. Just follow @azdarkmoneybot on Twitter, and you’ll see every time a dark money group spends money on an election, how much they spent, and what candidate or campaign it went to.
more news coverage