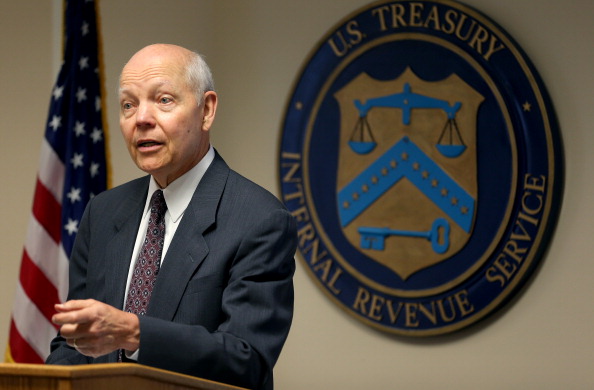 A House committee on Wednesday took the first step towards impeaching the head of the Internal Revenue Service, voting to censure Commissioner John Koskinen.

The vote came one day after the full House approved a measure lifting donor disclosure requirements on tax-exempt nonprofit organizations.

There is little support in the Senate to impeach the IRS chief, and the White House has already stated its opposition to easing the disclosure rules. But the two votes, each of which occurred along party lines, represent the latest attempts by Congressional Republicans to punish the IRS and limit its ability to regulate politically active nonprofits — including dark money groups.

The IRS has faced intense political scrutiny from conservatives since 2013, when the agency revealed it had used keywords such as “tea party” and “patriot” to screen groups applying for tax-exempt status as social welfare organizations. Such organizations can engage in political activity — including spending money on elections — as long as that is not its primary purpose.

Although a subsequent U.S. Department of Justice investigation found that the tax agency’s actions were not politically motivated, Republican lawmakers have taken a number of steps that have successfully restricted the IRS’s ability to regulate social welfare groups — including cutting its budget and preventing it from issuing new regulations during the current fiscal year.

They have also taken aim at Koskinen, who they say failed to comply with subpoenas for information on how the tax agency screens politically active social welfare organizations. Koskinen has denied the allegations, and Rep. Elijah Cummings (D-MD), the ranking Democrat on the U.S. House Government Oversight and Reform Committee, has called the censure proceedings “a waste of time.”

Democrats have also spoken out against H.R. 5053, the bill approved by the House that would allow tax-exempt nonprofits — also known as 501(c) groups — not to disclose to the IRS the identities of donors who contributed more than $5,000. Social welfare organizations do not have to reveal their donors to the public, but must report them to the tax agency.

In a statement opposing the legislation, the White House said, “By permanently preventing the IRS from requiring reporting of donor information by 501(c) organizations, H.R. 5053 would constrain the IRS in enforcing tax laws and reduce the transparency of private foundations.”

Following the bill’s passage, House Republican Conference Chair Cathy McMorris Rodgers (R-WA) issued a statement defending the measure, saying, “After the IRS’s flagrant abuse of power in targeting conservative organizations, it is imperative that we take every step possible to protect the privacy of the American people. By prohibiting the IRS from requiring excessive identifying information of tax-exempt organization contributors, there is an added level of security.”

Since the U.S. Supreme Court’s 2010 Citizens United ruling, which removed limits to corporate spending aimed at influencing elections, the number of politically active social welfare organizations — or 501(c)(4) groups — has soared. From fiscal year 2010 to fiscal year 2014, the IRS received 12,962 applications for groups seeking 501(c)(4) status. The agency only disapproved 30 of them.